Tsys measurements can be found in the SysMon group in the e-RemoteCtrl window; however, these are currently formatted strangely. To view the correct output, open an ssh connection to the fs computer and run monit3.

Below is an annotated copy of monit3 output for Hb: 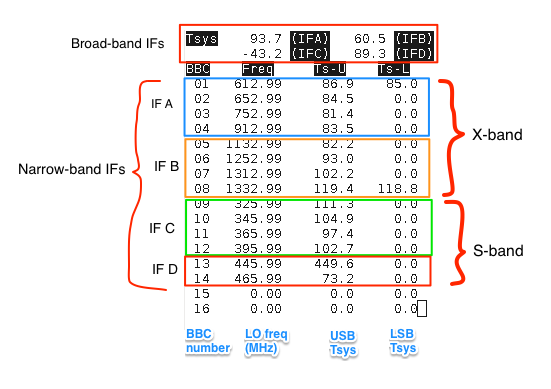